Khraniteli, a two-part Soviet TV adaptation of Tolkien’s LOTR, has appeared on YouTube. The legend says it was aired in 1991, the year of the fall of the Soviet Union, before disappearing into the archives of Leningrad Television, now called 5TV.

« And some things that should not have been forgotten were lost. History became legend. Legend became myth. And for thirty years, the ring passed out of all knowledge » Khraniteli is a Soviet TV show that adapts the events of The Fellowship of the Ring from LOTR. It consists in two videos currently available on Youtube. Each video lasts approximately 55 minutes. The most memorable scenes you’ll rediscover in this adaptation are Bilbo’s Birthday, Smeagol and Deagol, Tom Bombadil, The Barrowdowns, The Prancing Poney, Rivendell and the Council of Elrond, Saruman’s Betrayal, Moria, Lothlorien and Frodo leaves the Fellowship.

How is it, compared to the book and Peter Jackson’s version?

As you probably have guessed from the words “90’s soviet television LOTR”: it’s mental. If we wanted to sum it up in a few words we could say “people on drugs wearing multiple wigs”. The closest thing it could be compared to is the infamous Star Wars Holiday Special. It has that weird 70s hippy variety show vibe, halfway between a retro kid’s program and an Art School graduation show. 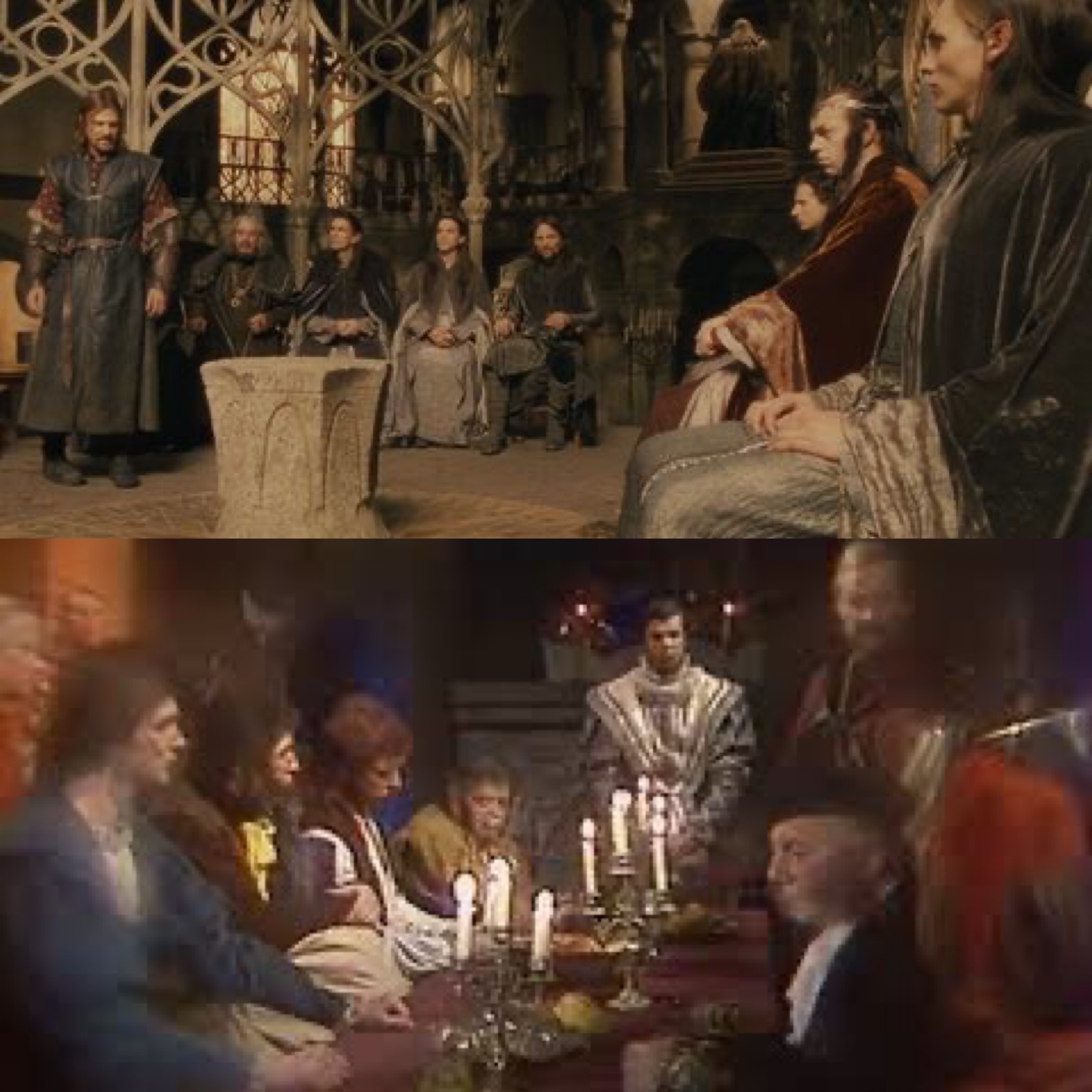 The actors look crazy. The make up and costumes are insane. Imagine Planet of the Apes on LSD. Cheap doesn’t begin to describe it. Sam’s got several pairs of eyebrows, Gandalf is wearing a “mother of the bride” dress, Legolas is a woman, Aragorn’s cloak is a hoodie made from potato sacks and Gwahir is… it’s impossible to describe what it is. The hobbit’s feet are what takes the cake in terms of wretched costume. Finally, Gollum is basically Old Gregg from The Mighty Boosh.

What even is happening?

It’s not just the terrible costumes and the worst green screen skills known to man that make Khraniteli bonkers. If the plot is relatively faithful to the events in the original story, some things are just wacky. The dancing at Bilbo’s birthday gives the tone of the film from the get-go. Among the most WTF things in the show, you’ll see Frodo splitting an apple in half like an apricot (who eats apples like that? Nobody), Aragorn doing CPR on Merry and maybe the worst, the fellowship using Gimli as a table so they can lay out their map on his back (is that something from the book? Does anyone remember reading Gimli is a table?). Oh, and there is a “narrator” who is also in costume except that he is wearing a huge pair of English teacher 80’s prescription glasses. 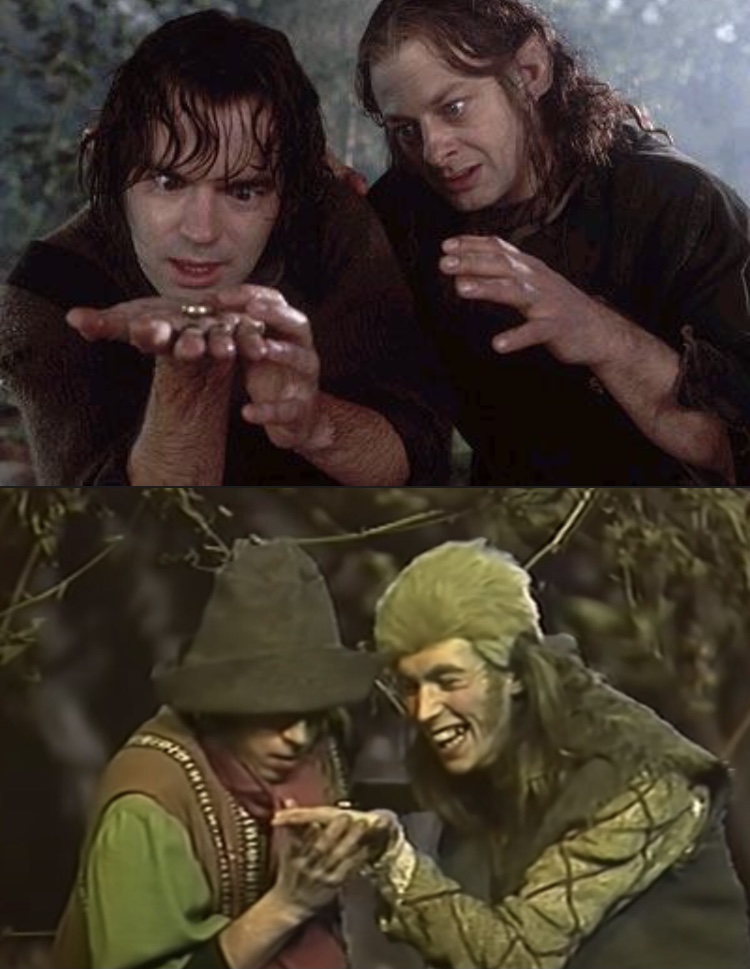 If you compare Peter Jackson’s version and this soviet one, the importance of cinematography becomes clear.

In the 90’s Soviet adaptation there’s no direction and no vision. Gandalf keeps looking into the camera, the music is random and never supports the action. The three black riders, played in an obvious loop to make it look like there are nine of them, are never scary. It looks like a terrible play or an opera except that at the opera the music carries the emotion and the audience, transported by the orchestra and the singers can suspend their disbelief and ignore the rudimentary sets and props.

What to do with this unearthed Soviet LOTR adaptation?

Khraniteli is a precious treasure that must be cherished and loved. Because it is simply hilarious and because the world is rarely given any LOTR inspired Art. Dare we call this mess of an adaptation Art? Absolutely, because:

“All that is gold does not glitter,
Not all those who wander are lost;
The old that is strong does not wither,
Deep roots are not reached by the frost.”

You don’t need to understand Russian to go and enjoy this bit of fun. This 90’s soviet television adaptation is very entertaining and definitely a must watch for any LOTR fan. 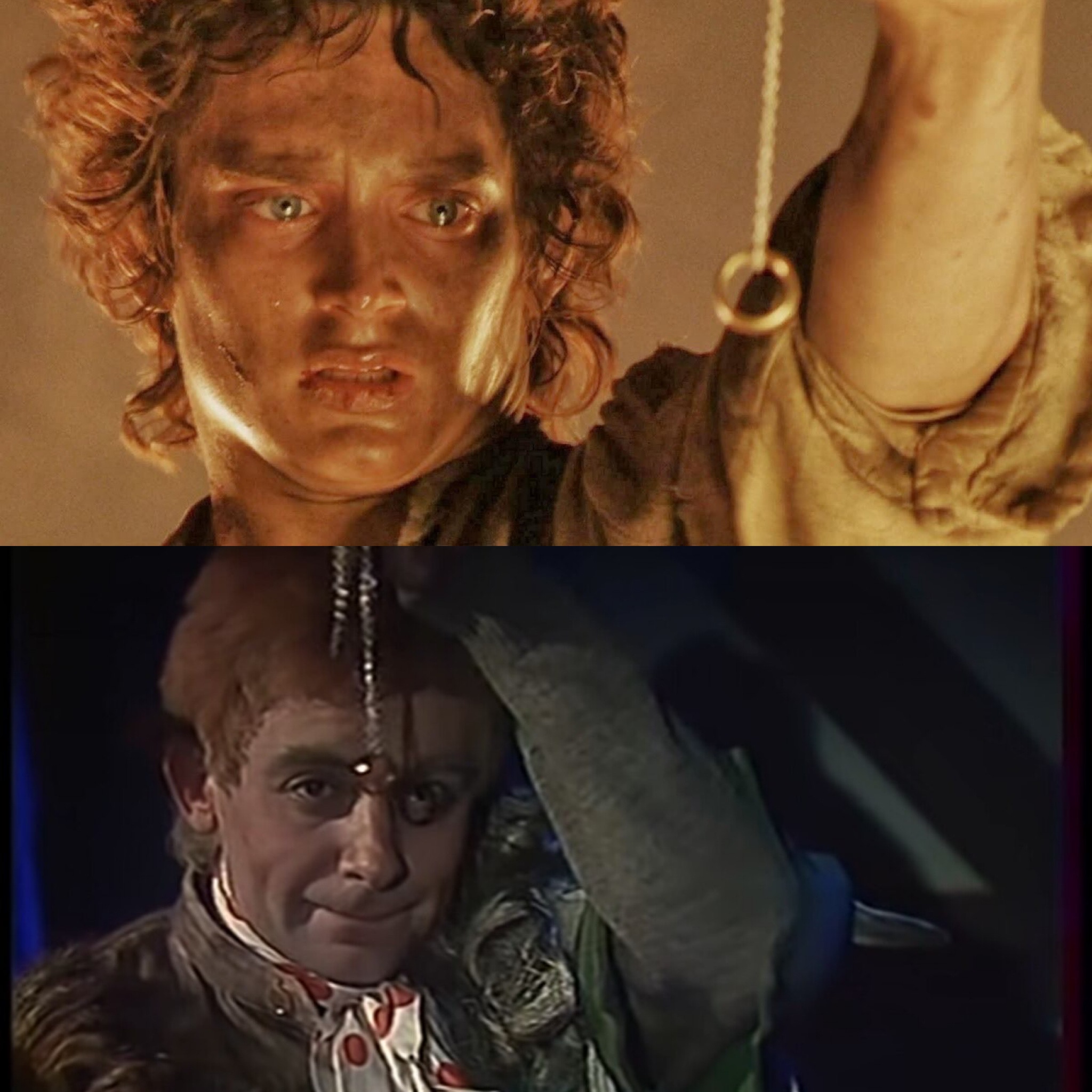