You’ve probably heard of this show before but never watched it for some reason. It’s OK, we get that the hype that surrounded HBO’s Euphoria last summer was a bit too much, but the show sincerely deserved it. If you haven’t seen the show before – it’s never too late to catch up!

Let’s get this straight. It’s a teen drama TV series created by Sam Levinson which centres around a group of high school students while focusing on different themes such as friendships, love, addiction, sexuality, violence, identity, and trauma. Each episode revolves on a different character; even if Zendaya’s character, Rue Bennett, a recovering young drug addict, outshines most of them.

The plot seems remarkably simple and overdone, but it is not the case. Of course, some people might argue that the show is excessively graphic or puts forward dangerous behaviours; but Euphoria goes deeper than a few sex or drug use scenes. It depicts the raw reality of Gen Z teens in ways that you’ve probably never seen on television: it’s not the typical trashy high school tv series. Viewers will find everything in this series itself. Whether its authenticity, relatability, creativity, etc. It constantly surprises its audience. Euphoria also garnered praise from critics as its scored 82% on Rotten Tomatoes.

Set in a suburb area in Southern California, Euphoria approaches mature subjects with brutal honesty: this story is worth watching and we will give you 5 strong reasons for that.

What is fascinating is the ability of the series to use scenes and camera shots instead of spoken language to help people to understand better the struggles that a character is facing. The visuals are quite acrobatic as the camera is always moving on tracks or on a dolly. Have you ever seen a rotating room illustrating the highs and lows of drugs? Or even a perfect 2-minute tracking shot (in episode 4)? The series is full of perfect shots, often highlighted by bold colours and impressive lighting, plus Euphoria is mostly shot on sets, thus allowing the filmmakers to have control over the visuals.

Labrinth is THE artist you should remember after watching Euphoria. His soundtrack perfectly complements the journey of the characters: whether it is to heighten dramatic moments or even to reflect the characters’ feelings. Ranging from the 1950s/60s like Andy Williams’ “Can’t Get Used to Losing You” to 1980s hits like Madonna’s “Lucky Star” and of course to more recent bops like Beyoncé’s “Hold Up”, the show showcases an eclectic selection of songs, mixing genres and crossing different eras, adding to the richness of the storytelling. Euphoria’s soundtrack is essential: it is part of setting the tone, building up tension and creating emotional effects. After all, the series wouldn’t simply be the same without tracks like “All for Us”, “Mount Everest” and “Forever” (all by Labrinth).

That’s right! The series is partly based on the showrunner Sam Levinson’s personal stories. At the Los Angeles premiere, Levinson explained that he wanted to provide an accurate depiction of what it’s like to be a teen struggling with drug addiction. Drawing from his personal experiences with drug addiction gives the show that much more depth and authenticity as viewers are able to see through the characters storylines, situations that can occur in real life. They may not occur all at the same place and in the same period of time because of course, they’ve been put together to create a dramatic effect, but the audience could relate to any character’s decision or breakdown.

If there’s something that’s striking after watching a few episodes of Euphoria; it’s that each of the girls has a completely new extravagant makeup in every scene. They have it all: glitter, colourful eyeliners, sharp eyeshadows, rhinestones and more. The characters are genuinely pushing the boundaries of makeup norms. It isn’t only about daring makeups; it is more about self-expression. Makeup somehow reflects the characters’ journey and represents a way of liberating them.

Euphoria has earned 6 nominations at the 2020 Emmy Awards including “Outstanding Lead Actress In A Drama Series” for Zendaya.

Even if they haven’t won a single Emmy yet, it’s already a pretty big deal as the Television Academy is very selective for its nominations. We just have to wait and see, but at least, Zendaya is now an Emmy Nominee actress! 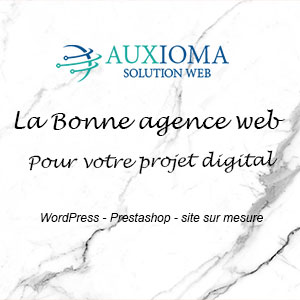 The Best Lyrics in Lana Del Rey’s ‘Chemtrails Over The Country...