10 Adventure Documentaries to Get Inspired During Lockdown

As of Saturday 28th November, the “adventure allowance” as part of the French lockdown measures has been extended from 1h/1km to 3h/20km. It will be a breath of fresh air for the most restless among us. However, it might still prove too little for hardcore adventurers. To help with the globetrotter-blues, here are 10 Adventure Documentaries (films and series) to ease the adventure cravings.

From Trekking to Mountaineering, Surfing to Saving the Ocean and even Food and Fashion (for the less intrepid), there’s an adventure out there for everyone. So sit back, put on you comfiest Snuggy and let’s go on an adventure!

Trekking: It Is The People – Hike the PCT with Elina Obsborne

The PCT (Pacific Crest Trail) is one of the 3 most notorious North American Thru Hikes. It consists of crossing the USA starting from the Mexican border and finishing at the Canadian Border. It has been immortalized in the 2014 movie Wild starring Reese Witherspoon. You’ll find many Thru-Hike Channels on YouTube, but Elina Osborne’s stands out. This endearing New Zealander delivers an exciting and fun series of videos, in which viewers follow her and her friends as they make their way on foot across 3 States. She has a great talent for cinematography as well as storytelling. After this, all you’ll want to do is go for a long walk and meet new people.

Claude Marthaler is a swiss adventurer and writer, but his lifelong passion is cycling. He has travelled around the world on his bike for over 30 years. In this documentary, we follow him in Tajikistan. The film also features interviews with his friends and family. Beyond the excitement of adventure, we get an insight into the personal and emotional side of travelling. It’s a rare glimpse at the sacrifices, those who cannot resist the “call of the wild” must make. The landscapes are beautiful, and his story and philosophy are inspiring.

The Western States 100 is an ultra-trail race also called endurance run and consist of running 100 miles, that’s 161km. The documentary focuses on the preparation and performance of 4 athletes with a chance at the podium, notably Anton Krupicka the Ultra-Trail superstar. UNBREAKABLE will inspire (or deter) runners and entertain non-runners, ultimately leaving everyone bewildered at the sheer madness that is running 100 miles in one go.

Save the Planet: How to Change The World

This documentary retraces the birth of Greenpeace. From humble beginnings to the first environmental NGO, we discover the events and the people who made it all happen. The archival footage is fascinating and infused with nostalgia. The movie explains the central role the media played in the fight for ecological preservation. It focuses on a few actors of Greenpeace like Robert Hunter and infamous Sea Shepherd’s Captain Paul Watson. Failure, success, betrayal; in our list of adventure documentaries, this one is rather dramatized and therefore highly entertaining.

There’s always something morbidly fascinating about watching anything Everest related. The fact that Mount Everest has taken 280 lives so far, that the feat of getting to the top itself is near impossible and as the 24’000 pounds of garbage taken down in 2019 from the summit can attest: it’s an overall hot mess. Nevertheless, there’s a certain nostalgia and fun to be had in watching this retro footage of French mountaineers hiking the first kilometres in Gazelles sneakers. Crazy men doing crazy things is entertaining. And since it’s 2020, we are aware that climbing Mount Everest is insane and wasteful. Besides, it’s unlikely we’re ever going to attempt it ourselves. In the end, we might as well enjoy the old footage of those who did.

This might be the most relaxing film on this list of adventure documentaries. Given Goodwin is the child of professional surfboarders. We watch him grow-up in nature as he follows his parents in their travels. The film is beautiful and ethereal. The viewers can almost taste the salt in the water and feel the warmth of the sun on their skin. If you can get past the “Instagramy” vibes the adventure documentary exudes sometimes and let yourself be carried away by the pace and atmosphere of the film, it’ll make you want to drop everything at once and move to a tropical island.

Jacques-Yves Cousteau is a world-famous figure but not everyone knows Sylvia Earle and this documentary does the excellent job of fixing that. The film is a portrait and biography of the marine biologist, deep-sea pioneer, scuba-diving, ground-breaking, ocean-saving woman extraordinaire. You probably knew famous heroic women like Amelia Earhart or Diane Fossey, but you’ll be glad to finally know Sylvia Earle.

Ray Mears is the British Bear Grylls (and probably hates to be called that). In these BBC series, he shares his knowledge on how to use the resources we find in nature, to survive in the wild. The focus is on nature and respecting our environment as it provides us with means to survive rather than putting oneself through Hell just to prove one’s the toughest cookie in the jar. Far from hardcore survivalism, Ray Mears is more a provider of good camping tips and general wilderness wisdom. 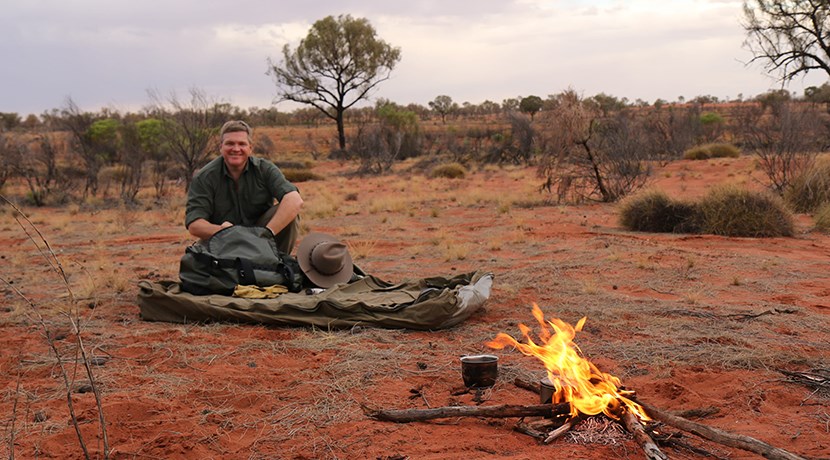 Fashion: Refinery29 – Style Out There Series

If camping isn’t your cup of tea and the only surfing you do is online, to find the best outfit, this Refinery29 series by fashion editor Connie Wang is for you. From Harakuju to African fashion weeks and post-apocalyptic festival costumes or fearless dancehall attire, she travels across the globe to explore the less mainstream side of fashion.

« Food is life » and one of the best aspects of travelling is to try the local cuisine. Arte’s food series is both heartwarming and inspiring. As we enter family homes and small restaurants in a selection of foreign countries, we explore the secrets of authentic and mouth-watering traditional meals and delicacies. It’s an invitation to discover how the inhabitants of these countries prepare their food. The show also shares where the ingredients come from and what meaning these dishes carry for the people.

The only downside with these adventure documentaries is that they might leave you hungry for more adventure. These films and series are available on YouTube or Netflix.