Critique of « ParaNorman » by Sam Fell and Chris Butler : Funny or scary ?

ParaNorman is a 2012 animated movie written by Chris Butler and produced by Laika studio. The music is composed by Jon Brion. It is the first stop motion movie to use a 3D color printer to create the faces of the characters, and only the second to be shot in 3D. It’s the meeting between digital and stop motion. The story is about Norman, a young misunderstood boy, who can communicate with ghosts. He lives in a small town in Massachusetts called Blithe Hollow. His dismal daily life is transformed when his uncle entrusts him with the task of protecting the city from the 300-year-old spell of a powerful witch determined to take revenge.

Laika studio is known for several stop motion achievements, with original scenarios and recognizable aesthetics. They are also the producers of Coraline, Kubo or the Boxtrolls. The characters in the animated movies have a comic or cartoonish appearance. They are composed of a metal structure, on which different wigs (made of real hair) and faces are fitted. The team then manipulates the puppets and the sets, and each pose is photographed and then assembled to create an effect of movement. It’s the principle of stop motion ! On the set of Paranorman, the camera service produced 20 hours and 29 minutes of footage (equivalent to 1,770,601 images). There were 178 individual puppets, created for around characters in the film, and the main character, Norman, had 28 individual puppets and over 8,000 faces. Thanks to 3D printers, faces have a multitude of expressions, which allows the producers to give more personality to the characters. To these are added special effects to give see-through outcomes to ghosts and for example create the powers of the witch. Lighting also plays an important role, the effects of shadows and lights concerning the different stages of day and nigh are very realistic. 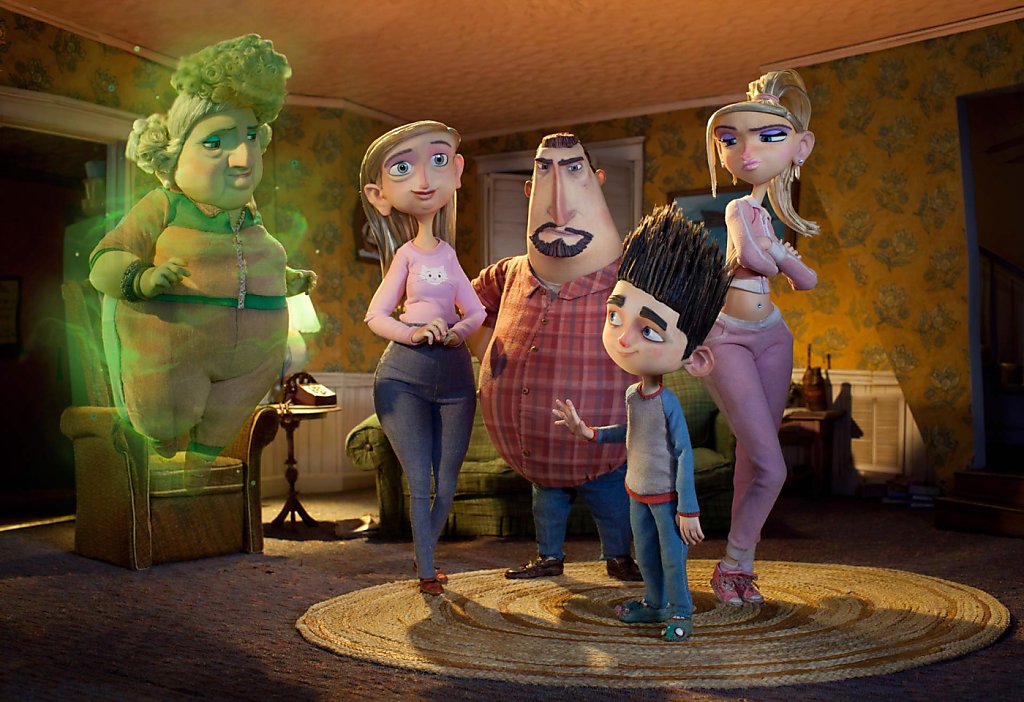 In the main characters team, we find Norman’s family, composed of his father and mother, his older sister Courtney (voiced by Anna Kendricks) and the ghost of his grandmother, whom only he is able to see. No one around him believes in his ability to speak to the dead, so he is harassed and bullied. Only one friend, Neil Downe, stands by him, being he himself mocked for being overweight. In his school, the characters that stand out are a bully and a miss know-it-all with an ungrateful physique. There is also Neil’s big brother.  As for the adults, there are teachers, police and various citizens, as well as the mysterious uncle with the same power as Norman. He has a neglected appearance, like a missing shoe replaced by a plastic bag, and his clothes are stained and torn. He embodies the social ostracism of which Norman is a victim of, and certainly represents his future in this city where the fact of being different is frowned upon.
The witch is one of the main characters, she is quoted all the time, because the city and its history only revolve around the derivatives made from her existence, 300 years earlier. She only appears after half an hour of movie, in a very abstract way and she remains unknown until the last half hour of the film. Finally, there are the former inhabitants of the city, present at the witch trial and cursed since, who appears as zombies with flashbacks during their lifetime, in the 18th century.

SARCASM OF THE AUTHOR AND PSYCHOLOGICAL DIMENSION 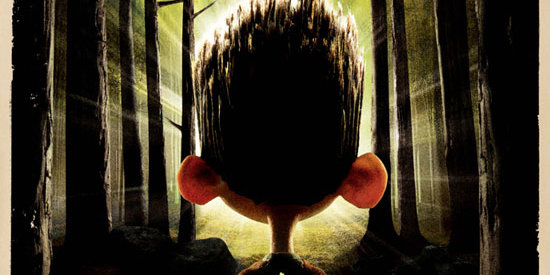 The horror theme is very present. It translates into the theme of fear, widely discussed. The town has a creepy looking witch statue in front of the town hall, and lots of merchandise like a casino, shops with puns, etc … All in a pretty crass and kinda funny way. In addition, Norman is a fan of horror movie, particularly zombie movies. His room is fully decorated with posters and other reminders. The films he watches are humorous, very caricatured with grotesque cries and a comic setting. Despite this constant representation of the bizarre and the horror, the characters have very particular reactions to the invasion of the city by the zombies cursed by the witch. The interpretation of zombies is divided by the author between two groups. The group of Norman, composed by him, Neil, his sister, the brother of Neil and Alvin, the bully of his school, and on the other side the rest of the city. Ironically, Norman is afraid of real zombies, despite his obvious fascination with them at the start of the film. One could imagine that the inhabitants of Blithe Hollow would be terrified by the arrival of zombies in the streets. But men, women and children rush to unleash themselves against them, causing the zombies to flee ! The comic turnaround can be seen as a denunciation of the trivialization of violence in American society. But above all, what emerges from this story is that appearances are deceptive. 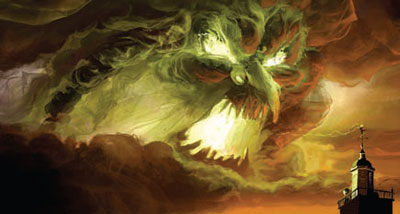 Throughout the story, conventions are indeed abused by the author, who sets up a discreet but effective game of appearances. This phenomenon is illustrated through the main characters in particular. Alvin, the big bully, reveals himself to be a coward during the invasion of the city by the zombies and the muscular big brother fan of mechanics who resists the charms of Norman’s big sister turns out to be homosexual (and the first stop motion character openly homosexual). The zombies, initially expected to be bloodthirsty, are conscious and nonviolent. The main plot twist remains the tragic story of the witch, Agatha. Represented throughout the city as a woman with a hunchbacked nose and crooked fingers, she appears in the appearance given to her, that of a monster. But, it’s discovered by Norman that she is in fact a child about the same age that himself, and her ancestor. Only, during her time she was accused of witchcraft after an unfair trial and was sentenced to be hanged. In all the movie, the dramatic dimension of the scenario is counterbalanced by the humorous touches, which alleviates the true horror of having put to death a child due to fear and incomprehension. Beyond the humorous reading, the message is strong : do not mistreat your neighbor for fear of difference. The outcome is positive, because after she finally had the opportunity to fulfill her curse and turn the trial members into zombies, Norman intervenes and tries to appease the anger of Agatha. Then, by talking to her, he succeeds and she finally leaves in peace. By fixing Aggie’s problem, Norman settles his own, and his relationship with the other inhabitants of the town, so that history stops repeating itself.

ParaNorman is a fantastic adventure where appearances are not to be taken at face value, it is full of humor and depth, with a pleasant aestheticism and an original story ! 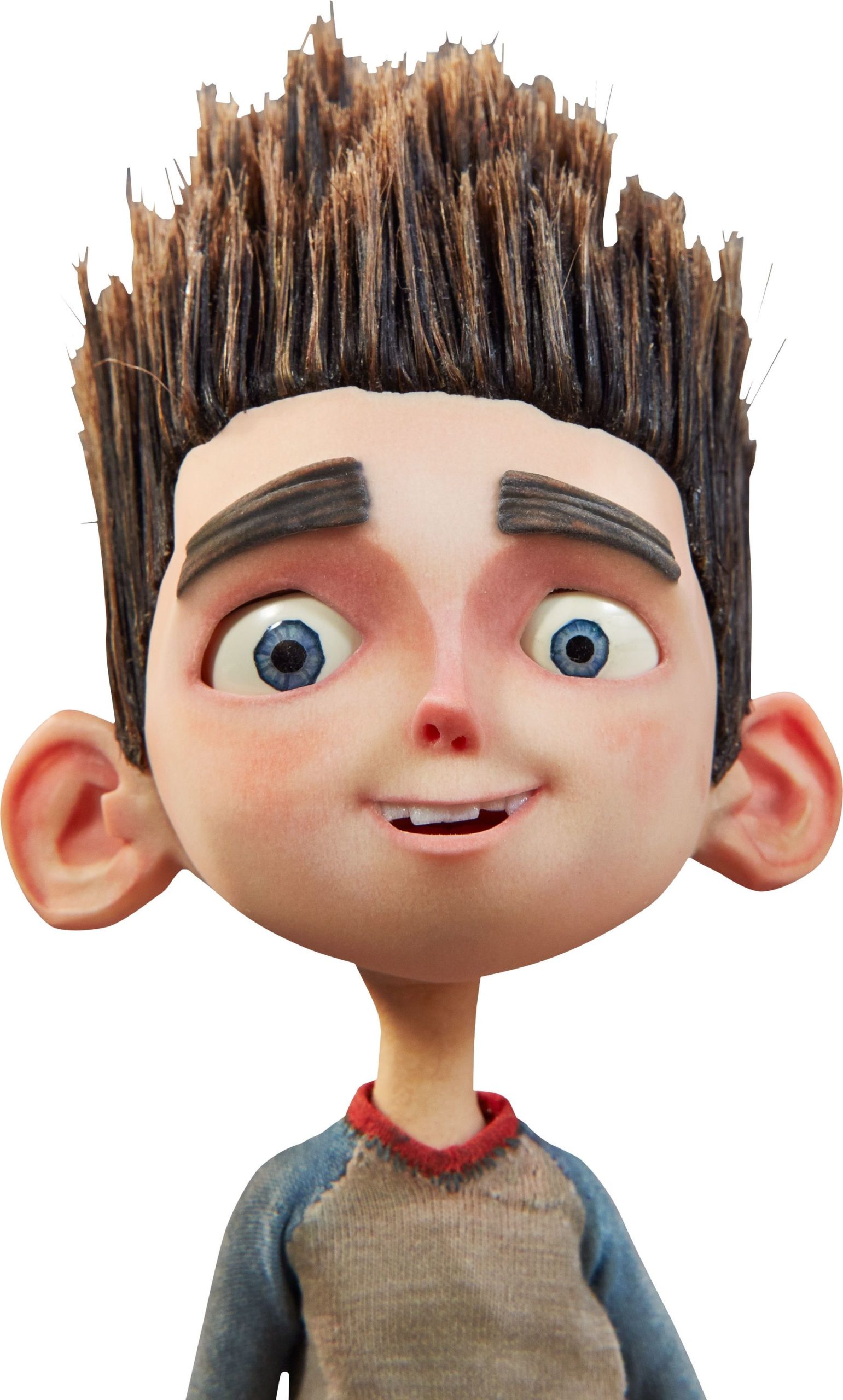